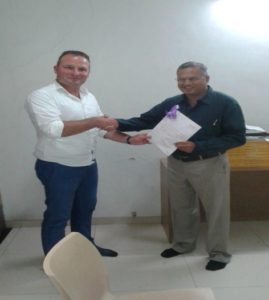 The month of September started with a generous donation from Decos Beheer BV. Their team visited Shreevatsa and  interacted with the staff and children.Their Netherlands office had organized an auction of a few office devices / infrastructural items which employees purchased and the money received by the company was donated to SOFOSH. Mr. Bert Hendricks (CCO of the company) visited SOFOSH to handover the cheque.

Team SOFOSH participated in the Organ Donation Rally organized by Medical Education and Drug Department and Sasson Hospital on 30th August 2016. Organ donation is the only 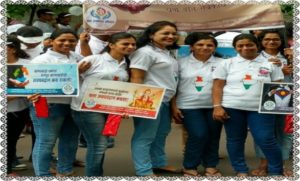 ray of hope for patients suffering from end-stage diseases of various organs. Organ donation is a noble act which gives us an opportunity to save many lives after our death. 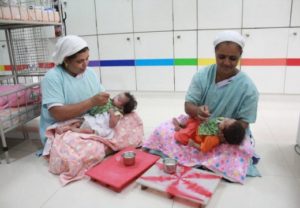 The doctors recommend human milk for infants, especially for those infants having a cardiac problem. Human milk is made available for some infants in Shreevatsa, by The Dinanath Mangeshkar Hospital, Pune and the D Y Patil Hospital, Pimpri.

Recreational activity “SUNSHINE” for children admitted in the paediatric ward of Sassoon hospital is undertaken by SOFOSH. With the various activities like drawing, craft,storytelling 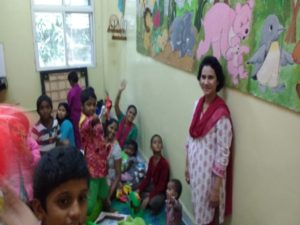 etc, children get distracted from their suffering for sometime and heal faster.

Ganesh Utsav an important festival in Maharashtra was celebrated with great pomp and splendour in Shreevatsa. Shri Ganesh idol was worshipped for 10 days with many dignitaries and guests visiting for “aarti”. The children took an active part in celebrating the festival of “ The God of Knowledge” 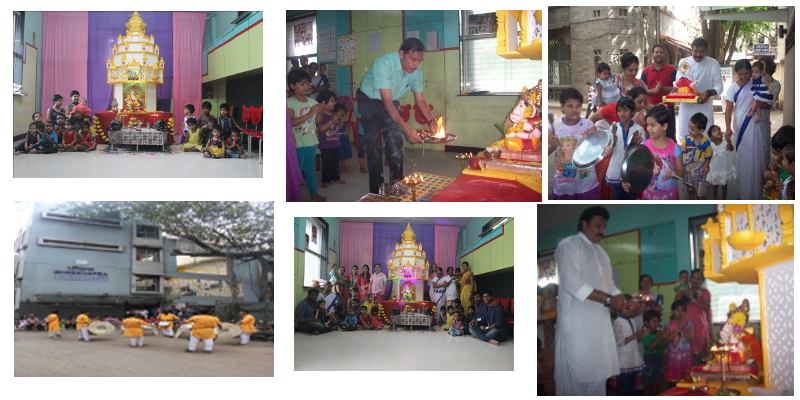 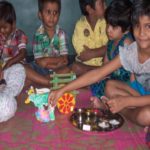 Time – 4:00 pm to 5:00 pm
Subject – Bail pola
Participation – All the children of Shreevatsa.
Children participated in the pooja on the occasion of BAIL POLA. They were explained the importance of the bullocks for the farmer and for transport.