Tilgul Ghya aani goud goud bola…….Makar sankranti was celebrated with much enthusiasm at Shreevatsa. Children wore new cloths and some had special meal made for them on the occasion. The children also enjoyed the games. 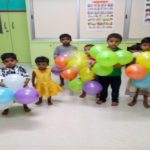 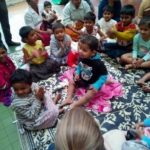 Makara Sankranti is observed at the beginning of the Capricorn period under the sidereal zodiac, either 14 or 15 January, and signifies the arrival of warmer days. The festival is also dedicated to the sun god and marks the six months auspicious period for Hindus known as Uttaarayan. The importance of Uttaarayan is exhibited in the Hindu epic Mahabharata, where Bhishma Pitamah waited for the sun to be in Uttaarayan for him to die willingly.

Makara Sankranti is believed to be a time for peace and prosperity. The day is regarded as important for spiritual practices and accordingly people take a holy dip in rivers, especially Ganga, Yamuna, Godavari, Krishna and Cauvery. The bathing is believed to wash away sins.

It was fun time when Boor Nahan was arranged for children on 18th Jan 2017.Children were dressed in Radha- Krishna attire and showered with berries, sweets and puffed rice. Children were overjoyed while sorting the sweets and berries from the puffed rice. 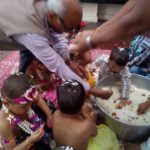 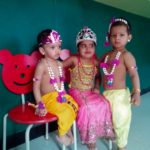 It literally means bathing the child with berries.Its a ritual celebrated during Makar Sankrant in January for children upto 5 years. Many people continue it for 5 years. Just like birthday celebrations other kids are invited, the child is dressed like Bal (little) Krishna sometimes with the jewellery made with sweets. The child sits on a Chaurang in the middle and Aukshan is done followed by the ladies and other kids pouring berries (traditionally called Bor or Raibor in Marathi) over him/her.

Republic day was celebrated at Shreevatsa . Teachers and volunteers  sang patriotic songs and slogans. The national flag was hosted and was followed by the National Anthem. 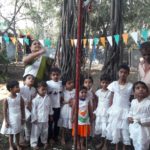 Republic Day honors the date on which the Constitution of India came into effect on 26 January 1950 replacing the Government of India Act (1935) as the governing document of India. The Constitution was adopted by the Indian Constituent Assembly on 26 November 1949, and came into effect on 26 January 1950 with a democratic government system, completing the country’s transition towards becoming an independent republic. 26 January was chosen as the Republic day because it was on this day in 1930 when Declaration of Indian Independence (Purna Swaraj) was proclaimed by the Indian National Congress as opposed to the Dominion status offered by British Regime.

Dental Check up at the TARA – SOFOSH Dhadphale Centre

Dental check up was arranged by the Rangoonwala College of Dentistry,Pune on 24th January 2017.Dr Chunawala and his team carefully examined the mentally and physically disabled children at TARA . 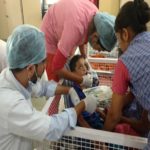 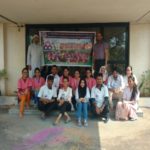 Annual Get-to-gather was organized on 4th February 2017 at Shreevatsa. This is an occasion when donors, well wishers , volunteers, associates, staff members  and children come to gather. A review of SOFOSH’S activities was done and there was an orchestra by “ Destiny the Band” to entertain the gathering. SOFOSH expressed gratitude for the contribution done by all towards humanity. 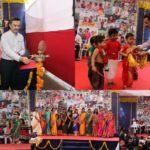