Children going to regular school were dressed as great leaders and reformers for the competition. 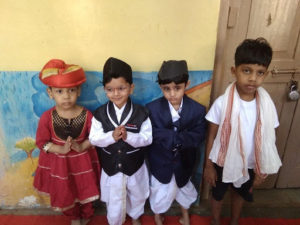 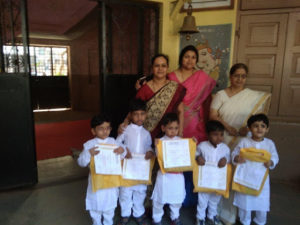 SOFOSH – Annual get to gather took place on 9th February 2020. Supporters, well-wishers and donors come to gather to accept gratitude for all the contribution done towards humanity. This year, the founder members of SOFOSH, Smt. Harsheela Mansukhani and Smt. Suman Kirloskar were interviewed which gave glimpses of the 55 years old journey of SOFOSH. Children gave a grand performance of a well-choreographed dance. 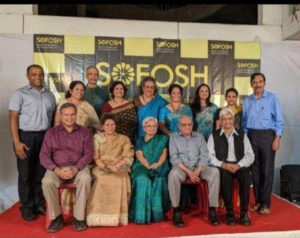 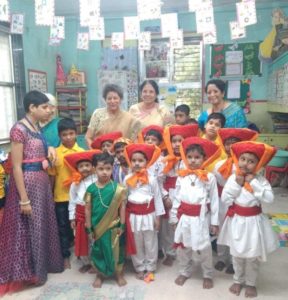 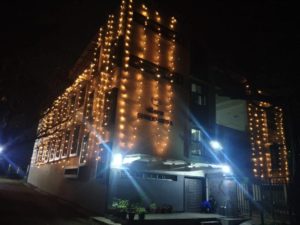 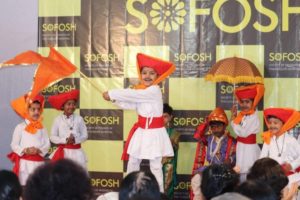 Temple visits on the occasion of SHIVRATRI

Children were taken to the Shiv Mandir. Children listened to the devotional songs of Lord Shiva. 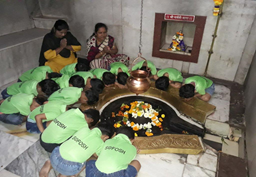 Maha Shivaratri is a Hindu festival celebrated annually in honor of Lord Shiva, and in particular, marks the day of the marriage of Shiva. There is a Shivaratri in every luni-solar month of the Hindu calendar, on the month’s 13th night/14th day, but once a year in late winter (February/March, or phalgun) and before the arrival of Summer, marks Maha Shivaratri which means “the Great Night of Shiva”. It is observed by remembering Shiva and chanting prayers, fasting, and meditating on ethics and virtues such as self-restraint, honesty, non-injury to others, forgiveness, and the discovery of Shiva. The ardent devotees keep awake all night. Others visit one of the Shiva temples or go on pilgrimage to Jyotirlingams. 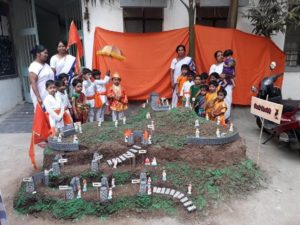 Shiv Jayanti is celebrated on 19th February in Maharashtra to commemorate the birth anniversary of the great Maratha warrior Shivaji Maharaj. Today the state celebrates 389th birth anniversary of the leader. Shivaji Maharaj was born in the year 1627, in Shivnery near the city of Junnar in Pune district. The name ‘Shivaji’ was kept by his parents Shahaji Bhonsle and Jijabai Bhonsle in the remembrance of goddess Shiva. Shivaji was founder of Maratha Empire and his military and civil administration was of greatest important in Konkan region. He was a king not only in Maharashtra but also in India. On the occasion of Shiv Jayanti, various programs are organised on a large scale in Maharashtra. People dress up like Shivaji Maharaj and their Sainik on this day