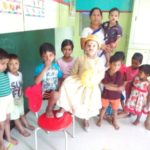 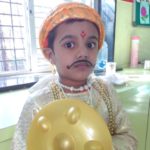 Shiv Jayanti is celebrated on 19th February in Maharashtra to commemorate the birth anniversary of the great Maratha warrior Shivaji Maharaj. Today the state celebrates 389th birth anniversary of the leader.
Shivaji Maharaj was born in the year 1627, in Shivnery near the city of Junnar in Pune district. The name ‘Shivaji’ was kept by his parents Shahaji Bhonsle and Jijabai Bhonsle in the remembrance of goddess Shiva. Shivaji was founder of Maratha Empire and his military and civil administration was of greatest important in Konkan region. He was a king not only in Maharashtra but also in India. On the occasion of Shiv Jayanti, various programs are organised on a large scale in Maharashtra. People dress up like Shivaji Maharaj and their Sainik on this day

Children were taken to the Shiv Mandir in the premises of the Sasoon Hospita. Children listened to the devotional songs of Lord Shiva. 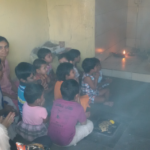 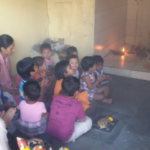 Auspicious festival of Mahashivaratri falls on the 13th or the 14th night of the new moon during Krishna Paksha in the Hindu month of Phalgun. The Sanskrit term, Krishna Paksha means the period of waning moon or the dark fortnight and Phalguna corresponds to the month of February – March in English Calendar. Shivaratri Festival is celebrated on a moonless night.

According to Hindu mythology, Shivaratri or ‘Shiva’s Great Night’ symbolizes the wedding day of Lord Shiva and Parvati. Devotees of Lord Shiva throng Shiva temples across the country and spend ‘the Night of Lord Shiva’ by chanting verses and hymns in praise of the Lord.

SOFOSH – Annual get to gather took place on 4th February 2017. Supporters, well-wishers and donors come to gather to accept gratitude for all the contribution done towards humanity. Children gave a grand performance of dance and there was a live Orchestra by – Destiny- the band. 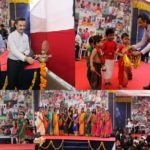 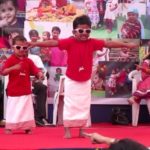