The first month of the Hindu year is Chaitra and Gudi Padwa marks the first day of the new year. A Gudi was erected at the doorstep of Shreevatsa. Children were dressed in new clothes and enjoyed a delicious meal of Shrikhand Puri. 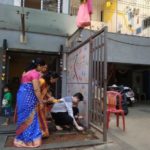 Gudhi Padwa is celebrated in and near Maharashtra on the first day of the Chaitra month to mark the beginning of the New year according to the lunisolar Hindu calendar. The festival is observed with colorful floor decorations called rangoli, a special Gudhi flag (garlanded with flowers, mango and neem leaves, topped with upturned silver or copper vessel), street processions, dancing and festive foods.

The children were given information about the great work done by Dr. B R Ambedkar. An image of Dr. Baba Shaheb Ambedkar’s image was garlanded. Children were also taken to the Statue of Dr. B R Ambedkar where there was a lot of celebration on the occasion of his birth anniversary. 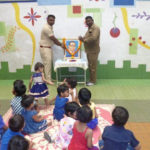 Bhimrao Ramji Ambedkar (14 April 1891 – 6 December 1956), popularly known as Babasaheb Ambedkar, was an Indian jurist, economist, politician and social reformer. He was independent India’s first law and justice minister, the architect of the Constitution of India, and a founding father of the Republic of India. In India and elsewhere, he was often called Babasaheb, meaning “respected father” in Marathi and Hindi.

Its vacation time and children are kept busy with various summer activities and visits to various places; like grocery shop, vegetable market and other fun activities like tattooing , puppet show, movie and visit to a mall etc. 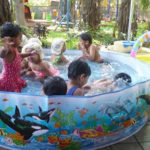 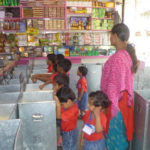 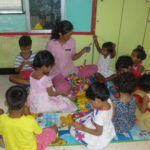 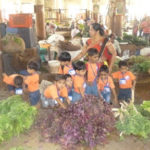 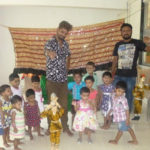 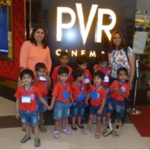 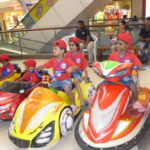 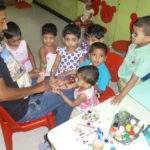