The children visited the garden opposite Sassoon Hospital , where a grand function was held on the occasion of Dr. Babasaheb Ambedkar Jayanti. Children offered prayer in remembrance of the great leader of our country. 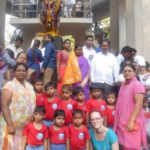 Ambedkar Jayanti or Bhim Jayanti is an annual festival observed on 14 April to commemorate the memory of B. R. Ambedkar. It marks Dr.Ambedkar’s birthday in 1891 and is a public holiday throughout India.

It is customary for senior national figures, such as the President, Prime Minister and leaders of major political parties, to pay homage at the statue of Dr.Ambedkar at the Parliament of India in New Delhi. In India, large numbers of people visit local statues commemorating Dr.Ambedkar in procession with lot of fanfare. In India about 20 states have a holiday, whereas in other states Ambedkar Jayanti is celebrated as a big festival.

The monthly birthday party was celebrated on the 3rd Saturday. The children were dressed in similar dresses . Children danced to the tune of Marathi songs. 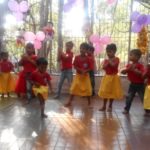 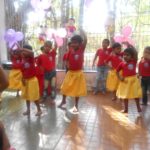 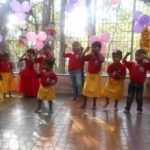